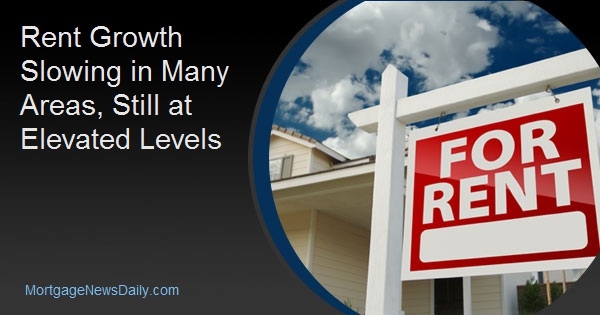 Rent Growth Slowing in Many Areas, Still at Elevated Levels

Rent growth is coming down from its post pandemic pace, and rents may, in some isolated cases be inching lower according to two new studies. While the numbers vary between the two reports, both the National Association of Realtors (NAR) and Redfin report annual increases are slowing aggressively.

NAR says rents for vacant 0-to-2-bedroom properties had an increase in the single digits for the second consecutive month in September, 7.8 percent year-over-year. Redfin pegs the August to September decline at 2.5 percent and says the annual increase is down to 8.5 percent, half the pace of six months earlier. It was the fourth month that Redfin has noted a slowdown.

Despite these recent changes, both companies say rent growth remains much higher than it was pre-pandemic, NAR says twice as high. 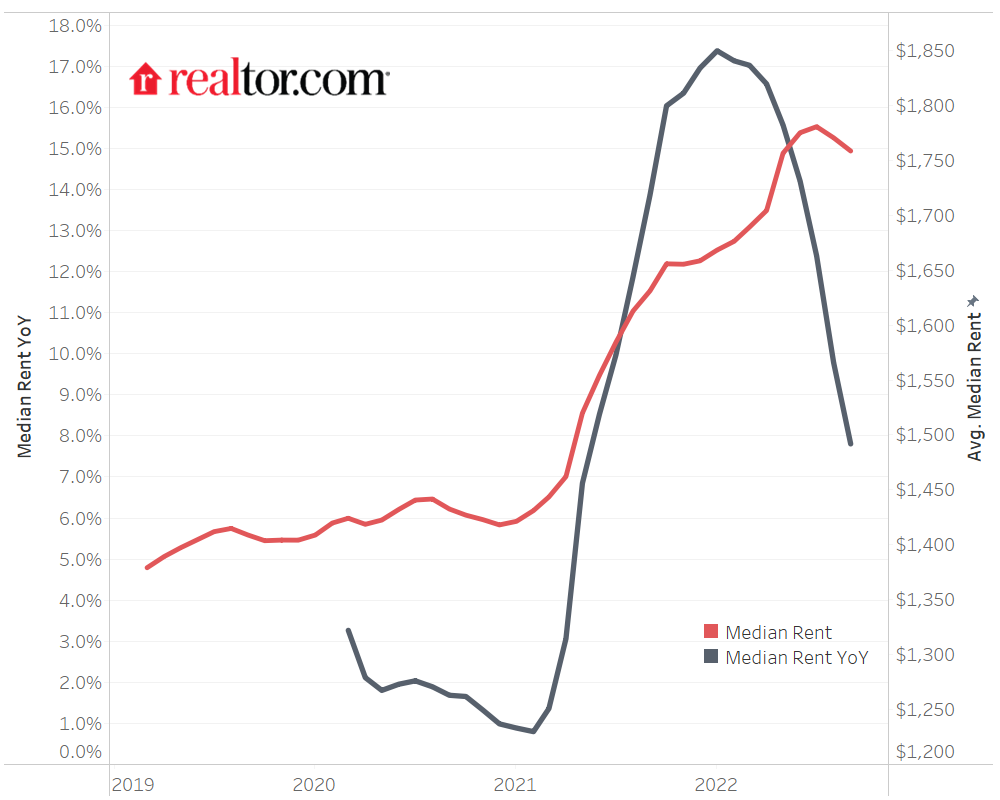 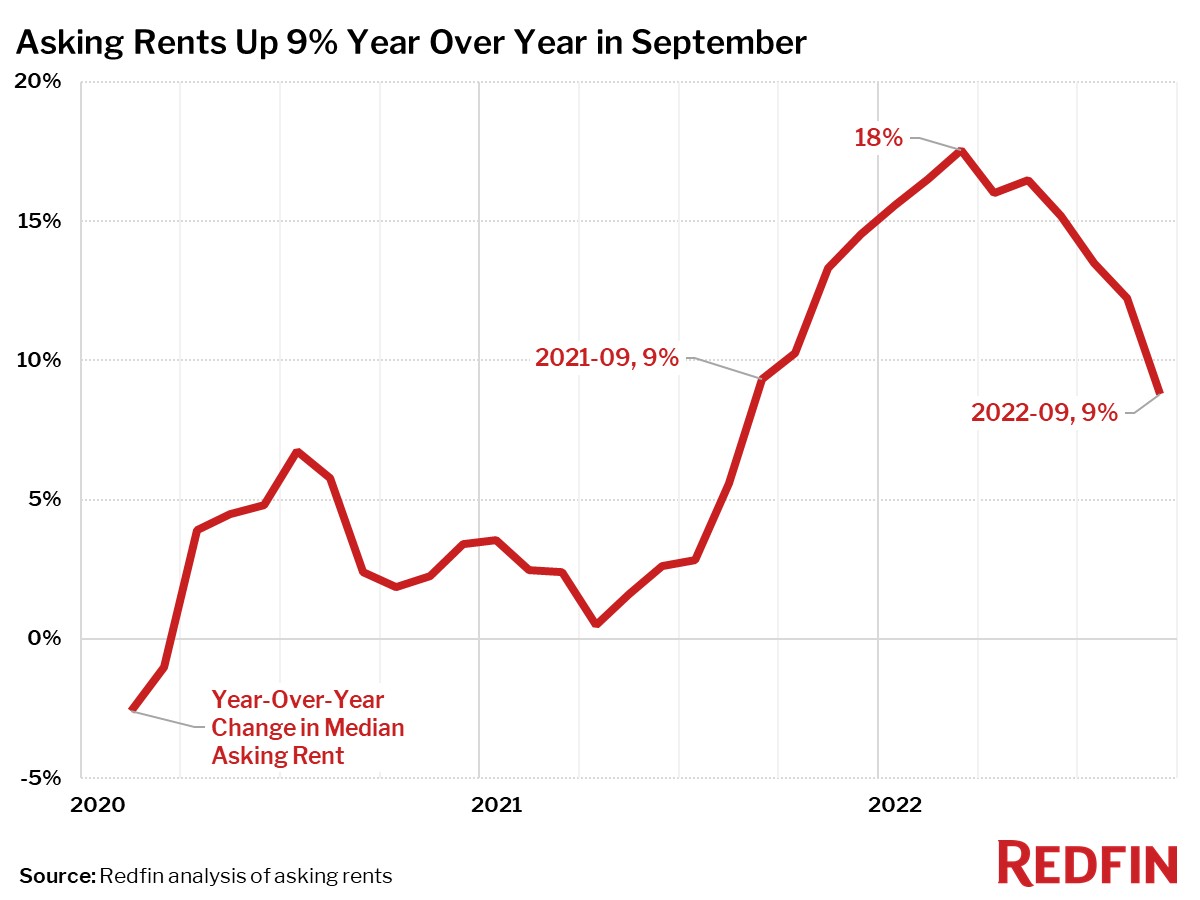 NAR says the median asking rent in the 50 largest metropolitan areas was $1,759 in September, down $12 from August and $22 from the July peak. Redfin puts the median September rent at $2,002.

The Realtor group points out that the growth in rents for studio apartments is not slowing as fast as it is for 1- or 2-bedroom units. It remains in double digits, although barely, at 10.1 percent.  Still, the growth rate across the board has changed significantly from the prior year.

While prices are declining nationally, some large metros are still experiencing stratospheric growth. The two companies, however, don’t agree on which ones. NAR cites the usual subjects as growing fastest; Chicago with an annual rate of 23.9; Boston at 19.9 percent, and New York, at 18.2 percent. Redfin has a more unusual list; Oklahoma City, 24.1 percent; Pittsburgh, 20.0 percent; and Indianapolis 17.9 percent.

The same is true about their reporting of metros where rents are actually falling. NAR cites fractional percentage declines in Sun Belt metros such as Riverside, Tampa, Las Vegas, and Sacramento. Redfin found significant changes in Milwaukee (-14.3 percent), Minneapolis (-8.8 percent), and Baltimore (-2.8 percent).

Redfin Deputy Chief Economist Taylor Marr said, “The rental market is coming back down to earth because high rents and economic uncertainty have put an end to the pandemic moving frenzy of 2020 and 2021 when remote work fueled an enormous surge in housing demand that would’ve otherwise been spread out over the coming years. Rising supply is also causing rent growth to slow. Scores of apartments that have been under construction are now coming on the market, and more homeowners are choosing to become landlords instead of selling in order to hold on to their record-low mortgage rates.”

Marr continued: “We expect rent growth to slow further into 2023 as Americans continue to hunker down and more new rentals hit the market.”

The NAR report notes that, while the recent slowing of rent growth is an encouraging indicator for renters, “real affordability continues to worsen. Inflation continues to remain close to a forty-year high, outpacing annual wage growth, evaporating real gains employees might see from an otherwise strong labor market.